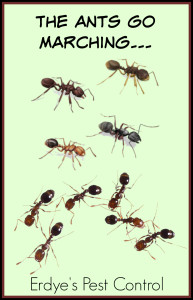 Ants are for certain a social insect, which belongs to the same order as wasps and bees. Each ant is a member of a highly organized colony or nest, which can sometimes consist of millions of individual ants. Within a single nest, there can be hundreds of workers, soldiers, drones and queens and colonies can occupy and use a wide area of land to support them.

There are about 11,880 known ant species, most of which are tropical, but in the Mid West, and throughout most of the US, the Odorous House Ant is the most common ant that is found inside of our homes. Ants are extremely social creatures and their ability to adapt to almost any environment has enabled them to colonize almost every landmass on Earth, which would explain why we so commonly see them around. Typically seeing ants isn’t very bothersome, because we realize that they are fairly harmless, however seeing them in our homes is a different story. Because their colonies can be so large, when we find them in our homes, it can be overwhelming!

Most people tend to make sure their food is well sealed up, and head to the store for the typical ant bait traps to take care of the problem. What isn’t realized is that those bait traps that are found in stores and readily available to mainstream society, are actually likely to do much more harm than good. The bait traps found in most stores, have such a small amount of poison in them, typically mixed with a bit of sugar water, and they are ineffective in staving off the problem. The ants that visit them, will create a trail leading back to their colony, which will lead many other ants out to seek what they find in the trail…which becomes a problem, because when there isn’t enough poison to kill the subsequent ants, they are led to seek additional food sources, and will venture into other areas of your home to do so. This increases the problem, rather than killing it off. Effective ant management will usually be a combination of control methods that involve inspection, sanitation and exclusion, habitat modification, and often some type(s) of insecticides. Because of this, it’s most often best to seek out a professional pest control service.

At this time of year, in the very late winter, or early spring, is when we typically begin to encounter the issues with ants. Ants do not hibernate as it may seem (because we tend not to see them during winter), but instead, they go into hiding from the cold, often migrating underneath pavement or concrete slabs until they feel the warmth of the sun heating up the place where they have chosen to migrate to. Once that happens, they will begin to come out, and seek a new home, which is often times in the comfort of your home. Ants are quite often seeking food, water and shelter, and our homes provide all of these things for them, in abundance. Being attracted to water is something to consider when attempting to prevent ants from entering your home. Check around sliding patio doors to see if there is moisture built up in the wood frame, or surrounding track. It will typically collect there, and provides an excellent source of water, and point of attraction for ants. Another place to check is in your windowsills, also for a buildup of moisture. These are both very common attraction and entry points for ants entering your home. If you are suddenly seeing ants in your home, you very well may have a moisture issue, or even some rotting wood or trim in your home. Checking for this each year in the spring, and replacing any rotting wood, or wood that has absorbed moisture will likely prevent any issues with ants.

Carpenter Ants are particularly bothersome when discovered in the home. Due to their life cycle, and massive hatching, carpenter ants can seem quite overwhelming. Upon hatching, hundreds or even thousands of ants will emerge at once, making it seem as if there are enough to just carry your house away. They appear in such great numbers, and what seems like all at the same time, that it seems to exacerbate the problem. You can easily identify carpenter ants by their wings, but this also scares many people into thinking that they have discovered termites in their home. Despite the common misunderstanding, carpenter ants do not actually eat any wood in your home in the way that termites do. They actually use their mandibles to chew out decaying, moist or rotting wood, and push around the chewed up wood, creating hollow cavities, by which they use to travel through your home. They can cause structural damage, but not in the same aggressive manner that termites do. These ants are also extremely attracted to moisture, and the same prevention and awareness will help to keep the carpenter ants away as well. As with any ant or insect, a professional pest control service will be most effective in ridding of the problem, and preventing future issues with treatment and prevention education. 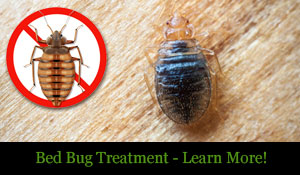 Each year, insects eat about a third of the world’s food crops.

Dragonflies are capable of flying sixty miles per hour.

Honeybees are more dangerous than snakes. Bees kill more people each year than all the poisonous snakes combined.

Mosquitoes prefer children over adults, blondes over brunettes and mosquitoes are attracted to the color blue twice as much as any other color.

The rhinoceros beetle is the strongest animal and is capable of lifting 850 times its own weight.